Price may fluctuate due to seasonal demand and other market-driven and regulatory events.

Bus from Cochabamba to Uyuni 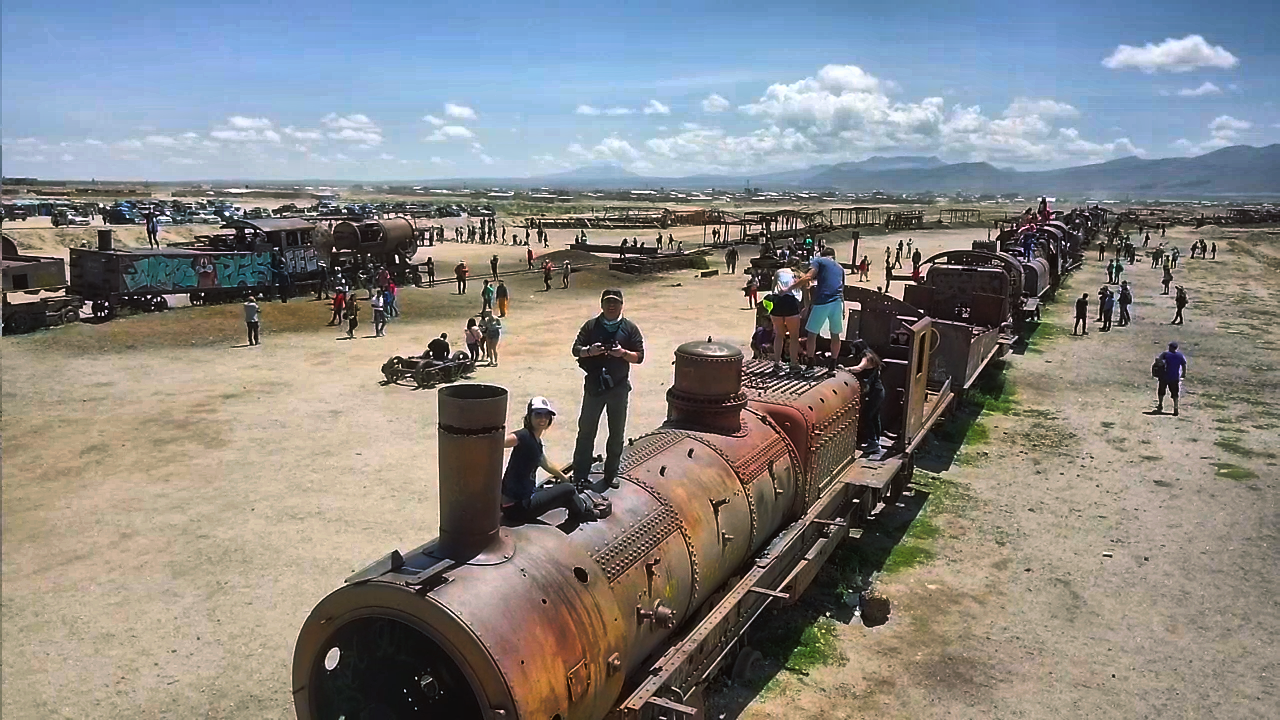 If you're coming to Bolivia for the first or a short time, this route is likely the best pick. You should even consider international flights directly to Cochabamba itself instead of La Paz in order to save time. Cochabamba is a central hub for buses going in all directions to Bolivia, which makes it a good starting point, especially in the southern region where Uyuni lies.

The country is one of the poorest in Latin America, although you will see more weather neighborhoods if you go to Santa Cruz.  So you should expect buses to be reflective of the people riding them, which is to say they are humble and rustic, but eager to improve.

Buses are constantly being improved or replaced thanks to the high demand for bus travel in Bolivia. All coaches have seats that are cushioned seats and that recline, and the longer the distance you travel, the more likely you will be on a bus with a higher level of comfort features like sleeping recliners (camas) and a separate deck for higher-paying VIP riders.

Long-distance buses seldom stop between cities, leaving it to municipal or intra-provincial buses, which are more commonly utilized to travel between villages. Despite this, you will most likely stop once for an essential rest break, to use sterilized bathrooms, stretch your legs, and get a fast hot lunch or boxed snack before returning to the road.

How long is the bus ride from Cochabamba to Uyuni?

Expect the bus ride from Cochabamba to Uyuni to take you 10 and a half hours.  It does not stop in Oruro, but there are other bus services that go to Uyuni from Oruro.  There is only one departure direct from Cochabamba, that leaves at 20:00 (8 pm) every night, and delivers you to Uyuni by breakfast time in the morning. This is designed to allow travelers to save on lodging costs and sleep the night on the bus, so if you sleep easy, when you wake up it will feel like you’ve only traveled a few hours.

Of course, if you want to get off and explore Oruro and then go to Uyuni on a separate day, we highly recommend that, because Oruro is a fascinating city that is worth giving some time.

How much is the bus fare from Cochabamba to Uyuni?

The bus ticket from Cochabamba to Uyuni is currently being offered at $31 and the service is a full-cama ride, which means that the seats lay flat for sleeping.  The fare goes up on weekends and holidays, but only by a small amount.  In the low season when visitors create less demand for seats, or when the value of the Bolivian peso falls in value due to exchange rates, then the price might drop to entice more riders.

Is it possible to rely on the bus schedules?

Yes, this route from Cochabamba to Uyuni has been steady for years and doesn’t operate in a region that is subject to road closures. However, you should still reserve online ahead of time to get a fair warning if there should be some schedule issue. AndesTransit has a competent travel crew that speaks both English and Spanish, and we work directly with downstream suppliers to be informed of any changes due to road conditions, fleet maintenance, or other potential interruptions so that we may alert you as well.

What to see in Uyuni 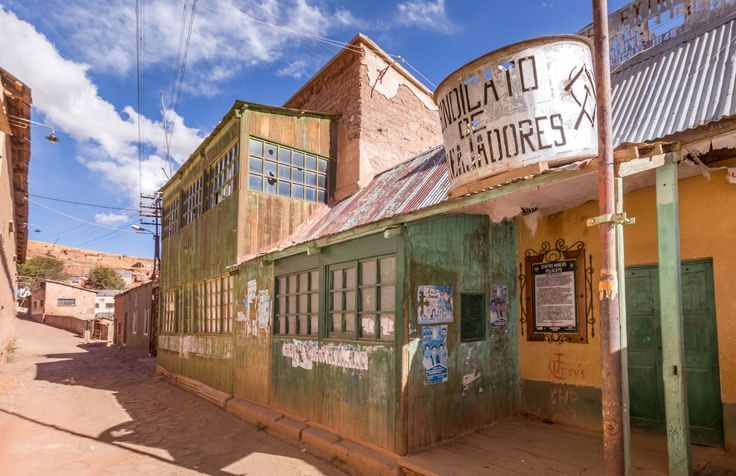 The main attraction in Uyuni is, of course, the Salar de Uyuni, sought out by adventurers from all over the world who come to see this impossible landscape that makes the ground a glass reflection of the clouds in the sky.  However, don’t expect to see it just by stepping off the bus.  The Salar de Uyuni is outside of the town and can only be reached by arranging a tour once you’re in town.  In this article, we’re going to focus on other amazing things to do in and around Uyuni:

Imagine yourself in some creepy ghost thriller movie in this unforgettable cemetery that was a bit of a historical accident. Uyuni was one of several cities in the region in the middle of a mining boom that started in Bolivia in the 1800s.  Investors, especially from Britain, sent many trains to be utilized for the industry, which is why Bolivia has an outsized proportion of rail networks in use today.  However, during World War II the mining activity rapidly declined and so the trains had nowhere to go, many of them just left sitting right where they are now in Uyuni, where they just rusted to scrap on the spot.
Stroll through the graveyard of more than 100 trains, imagining yourself in their bygone era where they were left standing in front of you perhaps 75 to 80 years in the past.

You do not need a tour to get there, it’s right on the southern edge of town that a taxi could get you there, wait for you, and then return you to your hotel.  However, almost all Salar tours also include a visit to this cemetery as part of their package.

To be clear, this is a hotel, but so unusual of a hotel that it has been featured in National Geographic as one of the ten most bizarre in the world.  It’s also expensive to stay here, but you are free to visit it during the day and lodge somewhere else.

What makes this worth a visit is that the hotel is made entirely out of salt, from the ground, inside and out.  It’s one thing Uyuni has a ton of, so why not make use of it, right?  The hotel has an on-site restaurant where you can rest and admire the awe-inspiring landscape, as well as their own tours to make use of the enormous open skies at night for stargazing the constellations.

Going inland from Uyuni just 18km on Route 5 to Potosi, there’s a very important historical site that is also a bit of a ghost town, but with some preparation and a guide, you can find out a wealth of Bolivian history here.  The site is Pulacayo.

Similar to the story of the train cemetery, Pulacayo was tied to the silver mining boom, and tens of thousands of residents lived there, both Bolivian and Europeans, mining for silver.  The mine was owned by Anicto Arce, the president of Bolivia, and it was so huge that it had a major influence on every aspect of Bolivian politics and culture in both the 19th and 20th centuries. Walk around the site to see the remains of President Arce’s mansion, the first railroad in Bolivia that went all the way to Antofagasta in Chile, the various mining infrastructure buildings, the theater, and the remnants of a train that was robbed by Butch Cassidy and the Sundance Kid.

Further inland still on Route 5 is a great activity for hikers. Ask the bus driver (or hire a guide/driver in Uyuni) to let you off at the trailhead to Aguas Termales Calerias, which has a well-marked sign on the highway. From there follow the high desert trail straight north and see the unspoiled view of the arid altiplano, the landscape that is quintessentially Bolivian. At the end of the trail, you come to a pure, unadulterated, untouristed hot spring associated with the nearby village of Calerias. Test the water before you dip in to make sure it’s not too hot!

Getting to Uyuni from Cochabamba is a much more easy alternative than from La Paz, and it allows you to create more time to see Uyuni’s special natural and historical wonders beyond the salt flats that give it so much of its deserved attention. It is just one of many places you can add to a wider exploration of Bolivia.

Does the bus from Cochabamba to Uyuni go to Potosi or Oruro?

No, it is a direct overnight bus to Uyuni. If you want, you can search for other buses from Cochabamba to nearby cities like Oruro, Potosi, and Sucre, and then go to Uyuni on a separate trip from one of them.

Is the bus from Cochabamba to Uyuni a package tour of the salt flats?

No, it simply goes to the town of Uyuni. Tours of the Salar de Uyuni (salt flats) are offered by tour outfitters in Uyuni itself, and there are many.

Does the train go to Uyuni?

It does, but not from Cochabamba, which is the major central Bolivian transportation hub. If you want to take the train to Uyuni, simply get a bus from Cochabamba (or La Paz) to the smaller city of Oruro, and then from Oruro you can reserve a train to Uyuni (and back). All reservations are possible through andestransit.com.

What are the ticket policies?

It depends on the carrier you choose, but their specific policies can be previewed during checkout or in the summaries printed on your ticket email. For a general overview, see the Ticket Policy page.

Why the smartest travelers choose AndesTransit

AndesTransit is the only transportation booking platform with coverage in all countries of Latin America, connecting you with more than 900 private and public transport companies, thousands of routes both popular and rare, and countless schedules to fit your needs.

Customers appreciate our bilingual team of seasoned travel experts who have deep knowledge of the terrain, cultures and subcultures, complex laws and policies, a wide personal network to the back channels of transport, and most importantly who themselves ride the bus!

To complement our physical presence in Latin America, we give our customers the benefits of a best-in-class US-based business framework, giving you the best uptime experience and most internationally accessible and trustworthy payment systems.

To get the best rates and discounts and priority support, we encourage you to sign up for one of our BusClub plans.