11 Sensational Destinations of Southern Colombia to Visit in 2020

Southern Colombia, stretching from the Ecuadorian border to the valley surrounding Cali (Valle del Cauca), offers you a wide pallet of cultures and landscapes from the Pacific Ocean to the Andes and the Amazon.

Awaiting you are colonial cities like Popayán, home to poets and presidents; Cali, the salsa capital of South America; and San Agustin, an awe-inspiring step back into pre-Columbian times. There are also beautiful and under-visited national parks, a cornucopia of wildlife, hot springs, and breathtaking waterfalls; and a wild hand-pumped train ride through the coastal jungle!

UNESCO loves the region, recognizing many of its assets with high honors, including mysterious ruins, Afro-Colombian traditions, and dazzling carnivals. An up-and-coming attraction is Qapaq Ñan, the Inca road network (declared a UNESCO World Heritage Site in 2014) that extends from Colombia and down through Ecuador, Peru, Bolivia, and finally into northern Argentina and Chile.

The climate of Southern Colombia is crisp in the highland towns and sultry in the lowlands. Be forewarned that hotels in many of the smaller cities will be quite basic, but quite cheap! Camping is an option in many places. Located just north of the main Ecuadorian border-crossing at Rumichaca, Ipiales buzzes with market activity on the weekends. Although most travelers breeze through town, it’s worth it to spend a day or two to explore the surrounding area.

Cumbal is a small village shadowed by two volcanoes. The first of those volcanoes is also named Cumbal, which you can climb. The second is Chiles, which is an active volcano. The traditional indigenous market in the village is on Sunday.

Las Lajas is a major pilgrimage site for both Colombians and Ecuadorians. Here, a massive, gothic-style sanctuary spans over the river canyon above the Río Guáitra. A three-kilometer path along the river leads to Piedra de Los Monos, a large “canvas” of prehistoric rock paintings. Advisory: Tumaco is experiencing problems with security as of this date (2020), and traveling there is not advised at this time. But keep this magical place in mind for when the situation improves!

On the Pacific coast six hours west of Ipiales is Tumaco. A long causeway connects the mainland to this port city that is spread across three islands. The main island, Tumaco, is a crowded, crazy labyrinth of streets from shore to shore.

Skip through this and head straight to Isla del Morro. This isle has a beautiful beach, good lodging and tranquil evenings. At the end of the beach is a natural stone arch through which at low tide you can walk to another beach and the cave where pirate Henry Morgan supposedly buried a treasure.

From Tumaco, you can make excursions to the mangroves and paradisiacal beaches of Bocagrande and Parque Nacional Sanquianga. Tumaco is one of the best places to experience the Afro-Colombian culture of the Pacific coast region.

Carnaval (Moveable Feast: February / March);
Festival of Currulao (August), featuring much of the marimba music and chants that have been declared a UNESCO Intangible World Heritage. Túquerres is a sleepy village high in the mountains between the coast and the Pan-American Highway. Its main attraction is Volcán Azufral which has three jewel-colored lakes within its crater. The most notable of the lakes is the crescent-moon-shaped Laguna Verde.

Túquerres’ Thursday market is the perfect place to pick up a ruana (wool poncho). Túquerres is also an easy day trip from Pasto (2 hours away), from which trekking tours may be booked. Pasto, founded in 1539, has a beautiful city center. The narrow streets are shadowed by dozens of decorative balconies, thus earning this town the name “Ciudad de Los Balcones.”

Of its many churches, be sure to stop into San Juan, the original cathedral on the main plaza; La Merced, with an unusual spiral staircase; and Cristo Rey, bathed in the rainbow light of stained glass windows.

Pasto also has over a half-dozen museums. Make time for the Museo del Carnaval, Museo de Oro and the Museo Casón Taminango (which features traditional arts). Pasto is famous for its barniz, a lacquer technique using a resin made from the mapo mapo tree’s seed.

Pasto offers several easy day trips. Take one to visit the colonial and artisan villages around the slopes of Volcán Galeras; or take another to go hiking in nature reserves, fantastic birdwatching walks, or to support community-based eco-tourism at Laguna de la Cocha.

Three hours east of Pasto is Sibundoy, a broad valley renowned for its indigenous traditions and carved masks. On the Pasto-Tumaco highway are three birdwatchers’ favorites: Río Ñambi, Pueblo Nuevo and La Planada. If you’re looking for an off-the-beaten-track destination and a respite from the big cities, El Bordo is it. Situated mid-way between Pasto and Popayán, El Bordo – also called Patía – has a much warmer climate thanks to its lower altitude.

Near the village you can hike at Minas de Carbón, Saladero Casa Grande and the Virgen del Guabito nature reserve. After a day of trekking, cool off at one of the balnearios (swimming holes) like Cuevas de Uribe or Balneario de Ángulo. The small town’s biggest business is agriculture, with organic farming becoming more important. Alternatively, take in one of the half-dozen or so museums. The Ibero-American Modern Art Museum, Religious Art Museum and the Museo de Historia Natural (complete with a botanical garden) are highly recommended.

To the east of Popayán are several day trip destinations. Parque Nacional Puracé (1 hour) is a great place to go hiking and volcano-climbing, where you can spot flying condors, and encounter stunning waterfalls and natural hot springs (although too hot for dipping).

There are also several circuits, like the Ancestral and Maíz, on which you can hike or horseback ride. Ask for details at Popayán’s tourist office. Pitalito is the transfer point (45 minutes) for arriving at one of the most popular destinations in Southern Colombia: San Augustín, a small village in the heartland of the region’s ancient peoples known only by the enigmatic statues they left behind.

San Agustín’s extensive archaeological park is a UNESCO World Heritage Site. But, there are many more mysterious statues in these rolling green hills threaded by beautiful waterfalls. You can hike the El Purutal-El Tablón and the Altar de Los Altos circuits, or take a tour to the sites near Obando and San José de Isnos. San Augustín is also a great place for adventure sports, like rafting the headwaters of the Río Magdalena or doing a five-day hike on the Qapaq Ñan trail across the prized mountain range known as the Macizo Colombiano. Capital of the Putumayo department, Mocoa allows you easy access to the Amazon jungle. It is easily reached from Pasto or from San Agustín (via Pitalito). It is five hours north of the San Miguel border crossing into Ecuador.

Explore the jungle’s riches at the Centro Experimental Amazónico research and animal rescue center, which has three hiking trails. If you need to cool off, head to El Fin del Mundo (tr: "end of the world") to bathe in the Río Dantayaco before seeing it plunge 80 meters to the dense jungle below.

Other adventures are hiking to waterfalls, caving, rafting, and visiting indigenous villages. Mocoa is becoming a popular place to take shamanic tours to one’s interior world with the help of yage, or ayahuasca. Puerto Asís is the Putumayo’s largest city and major river port. Located 84 kilometers from Mocoa, this young city (founded in 1912 as a missionary post) sits at the confluence of several rivers in the midst of the Amazon jungle, not too far from the Ecuador border.

Puerto Asís’ economy is based on agriculture and fishing. However, after years of being off the tourist trail, Puerto Asís is making a come-back. With government initiatives, eco-tourism and agro-tourism are slowly gaining a foothold. Downstream is Parque Nacional La Paya which protects a primeval virgin forest. Vibrant Cali is one of Colombia's must-see cities, with a warm, tropical climate. The city center offers museums and churches, the most outstanding of them being the Museo de Oro Calima, the Museo de Arte Moderno La Tertulia, and La Hermita, the chapel that is home to the Lord of Miracles, said to protect the city from earthquakes.

The northern suburbs, Granada and El Peñón, have up-scale shops and restaurants. Still, most travelers come to Cali for its world-famous salsa, so be sure to take some lessons here so you can say you learned the dance where it was born! Of course, don’t forget to take in a fútbol (soccer) game, especially when the two fiercely rival home teams meet up!

Excursions out of Colombia’s third-largest city are plentiful. Stroll through the streets of the nearby colonial villages of Buga and Yotoco. Hikers and birdwatchers, you will be delighted by Los Farallones National Park and Laguna de Sonso Nature Reserve, as well as El 18 and Bosque Yotoco. Railroad buffs can hop the Café y Azúcar tourist train.

Get me there:   From Quito   From Bogotá    From another place West of Cali, tucked into the jungle plains rolling to the coast, is San Cipriano. This small, pedestrian-only village itself doesn’t have much to offer. A trail through the forest leads to a waterfall (2.5 hours). Afterwards, you can rent inner tubes and drift on the river to cool off. At night, you can stargaze, as the village has little electricity. San Cipriano lies within a nature reserve, so a small entry fee is charged.

So then, why do travelers come here? The adventure is in the getting there! San Cipriano lies seven kilometers off the main road and the only way to get there is by hand-pumped rail carts called brujitas. (Skip the touts, head right to the transport.) But hurry, because the regional authority is now suggesting to replace them with aerial cable cars!

Get me there (use destination Buenaventura (Valle del Cauca):   From Quito   From Bogotá    From Cali    From another place

Lorraine Caputo is a travel writer, poet and translator. She has authored ten guidebooks for South America. Her literary works appear in over 150 journals in Canada, the US, Latin America, Europe, Asia, Australia, and Africa; 18 anthologies and 12 chapbooks – including the collections of travel poetry, Caribbean Nights (Red Bird Chapbooks, 2014) and Notes from Patagonia (dancing girl press, 2017). For several decades, she has been traveling through Latin America, listening to the voices of the pueblos and Earth. Follow her travels at www.facebook.com/lorrainecaputo.wanderer. 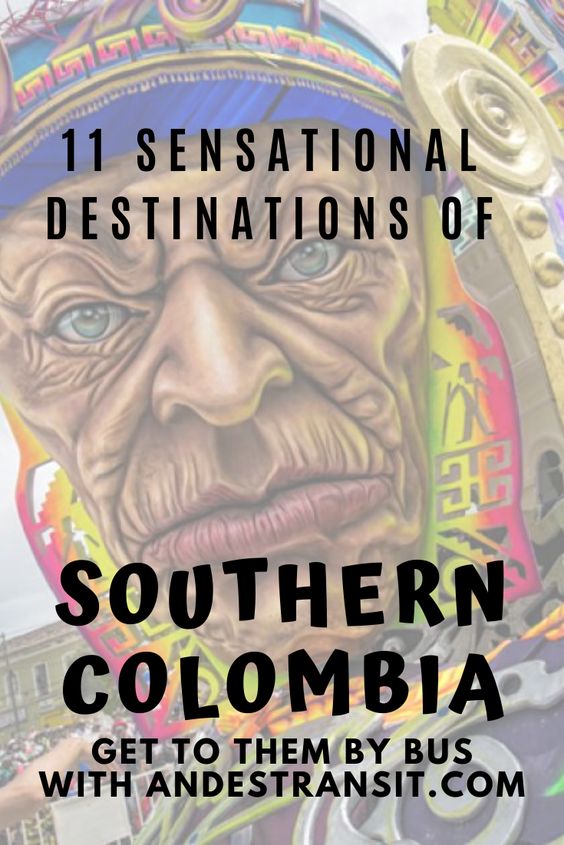