Ibarra to Cubilche: A Volcano in Your Pocket!

One of the best 2-for-1 deals in Ecuador for backpackers doesn’t have anything to do with finding great vegetarian restaurants in Quito’s old town. It is a great selection of literal mountaintop adventures for both minimal time and budget. 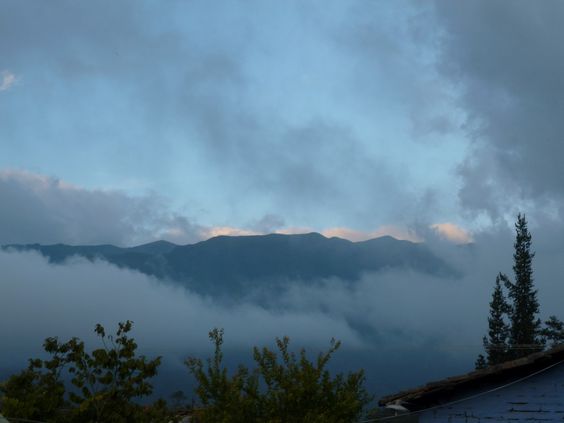 Am I talking about the famous Otavalo? Nope. It’s great, really, but turning more into a tourist trap every passing day.

Even those few who push themselves to go a little farther up the highway to Ibarra, the less-visited capital of the province, still can miss a jewel of an opportunity by failing to peer just around the corner.

Behind Ibarra is a little "pocket valley", containing villages that are locally known for making exquisite artisan embroidery, as well as the best access points for mountain hikes.

I call the valley a pocket because it literally sits at the hip of Ibarra not seen from the highway, and is tucked in behind the domineering mountain Imbabura, so you would never run into it in the natural line of traffic.

But for the more adventurous backpacker, all you have to do is take a few blocks worth of steps from the Ibarra bus terminal and you’re on your way to some serene volcano trips, plus seeing up close and personal the people that make Ecuador’s unforgettable hand-crafted embroidery.

All doable in less than 48 hours!

How do you get to the Cubilche hiker's paradise?

You can get to the pocket valley from Ibarra’s Parque Germán Grijalva, which is just a couple blocks east from the main bus terminal. In the park are buses that go under the name La Esperanzeña. These buses climb the ridge along the valley up a cobblestone lane not wide enough for two buses to pass by each other, but in fact, they do!

There was standing room only as I scrambled on the bus, with lots of villagers going home from selling or buying at the Ibarra markets, so the area behind the driver was piled with sacks of potatoes or clothes, upon which I could add my backpack and use it as a seat.

The village of La Esperenza winds its way along the side of the ridge and finally comes to a dusty little square. At first, I thought the barrio San Pedro, about 10 minutes into the journey, was the middle of town, so I got off only to find out that the real town square was another 15 minutes farther up the hill. So I had to wait for another bus to come along and this time I got smart enough to tell the driver to let me off at Casa Aida, which he knew well and indeed stopped right at the front door.

The next day, as I walked up the cobblestone lane toward the neighboring village of Paniquindra, farmers plowed their cornfields as they listened to radio music drifting across the valley while passing motorcycles and pickups transported passengers, water, and milk up and down the hill. They were scenes from a placid village life I remembered only from storybooks as a child.

Then I got picked up by the police!

But not to worry, Policeman Morrison, as he liked to call himself, was simply traveling up the road and stopped to offer me a ride. In his back seat was a traditionally dressed indigenous woman who was able to recommend the exact place to let me out for the climb to Cerro Cubilche, or the summit. We all had a nice conversation for the few minutes it took, and I was happy for the respite.

The two choices for Cubilche

In climbing to Cubilche there are two options, one to the Cerro (mountain peak), which is great for views of the southern part of the valley as well as passing over the ridge and hiking down to the other side. The second option is to the volcano crater, in which you can admire a perfectly circular lake. It becomes clear that I had to make a decision about three-quarters of the way up which one to go to, but to the volcano takes about an extra hour longer than going to the Cerro. I chose the Cerro but then by the time I got there, I could visually understand I could still forge a trail from the summit to the volcano, it’s just the paths are somewhat less clear. 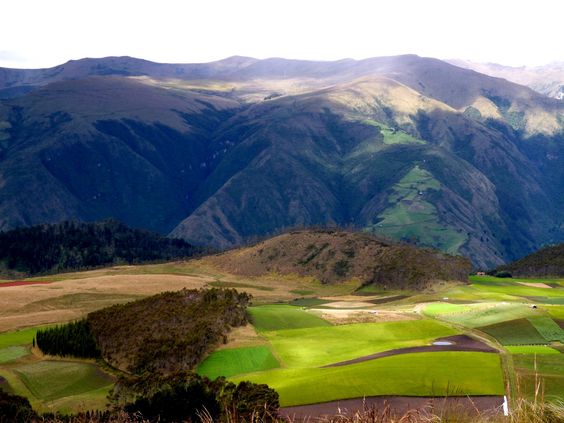 My climbs to either one treated me to vistas that were absolutely amazing. I could see all of the city of Ibarra, the historically significant lake Yahuarcocha, the Chota valley, and the mountains rising to Tulcan, and that was just looking north!

The path is difficult for normal day hikers, but not dangerous. There’s lots of visual stimulation along the way, from curious plants and flowers to hummingbirds and fields of green wheat. I didn’t see a single hiker after I left the main road until I got to the summit where two folks were coming down off the Cerro and going to try hiking down to the other side of the range.

After making the additional climb up to the volcano and seeing the pristine and a bit eerie Laguna Cubilche, I had decided my camera was full enough of pictures, and my drinking water was a little less than half empty. So I called the scale of Cubilche a victory and started the trek back down, finding out that going down is more difficult on the legs, feet, and knees than coming up.

Now here’s the other really cool find. People know how much I hate highways, and worse, having to retread steps I’ve already taken. But from the village of La Esperanza, you can actually go back to Quito without going back through Ibarra and Otavalo the way I came. Score one!

On top of that, the back roads between Ibarra and Cayambe awarded me some of the most beautiful countrysides I have come across in Ecuador. It’s really sublime stuff!

From La Esperanza, I hopped on the "24 de Junio" bus that had the placard in the front window that said “Cayambe”, which also goes through Zuleta and Olmedo. Several of these buses pass by but check AndesTransit.com to see when one is convenient for you.

I left from in front of Casa Aida in La Esperanza, and this time there was hardly anyone on the bus, at least at this point. From there, the bus wound through the forested hills out of town on our way to Zuleta, an amiable hamlet that is also Ecuador’s capital of embroidery and also the home of former president Galo Plaza. If you’re here on a Sunday, you can hop off the bus near the library (Biblioteca) and check out the market, where you’ll see lots of women wearing the famous colorful embroidered clothing, and of course selling napkins, tablecloths, and shirts using their same perfected and painstaking skills.

Getting back on another passing bus to Cayambe, I continued on out of the Zuleta woods and into the wide-open dairy and potato fields of Olmedo, cool and moist, down-to-earth and as rural as you can get, replete with folks now piling on to the bus in their muddy farming boots and bags of produce to sell in Cayambe. 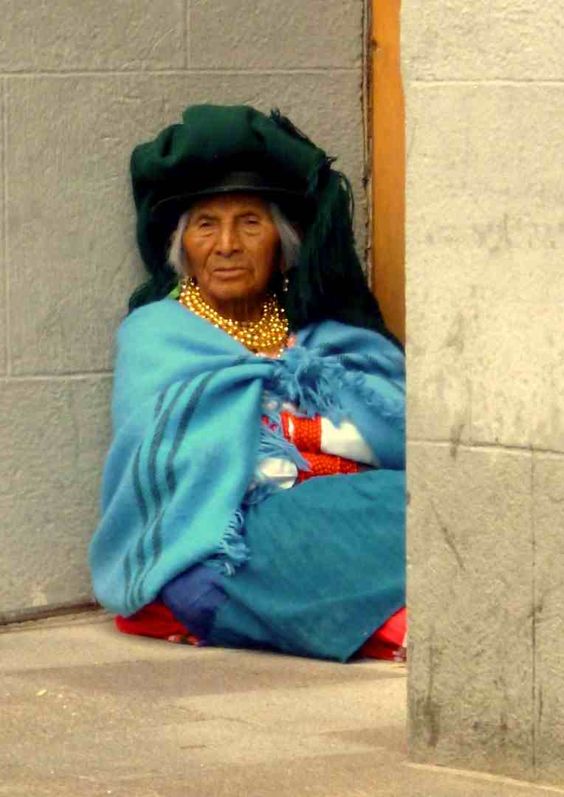 The end of the line for this route was Cayambe, an honest and hardworking “big town” as far as farmers are concerned, so it maintains a rural flavor. Cayambe is well known for the production of greenhouse roses sold all over the world, as well as for biscuits (bizcochos), string cheese, and trout fishing.

But as much that can be said about the particular towns after La Esperanza, the best part is the breathtaking countryside between them, all of which you can enjoy on the bus for about $2 and 90 minutes of your time.

My trip back to the concrete forest

To get back to Quito from Cayambe, all I had to do was walk westward from Parque Central to four or five blocks until I reached the main highway, and looked for the big traffic circle to the left. Walk past the traffic circle and cross the street where you will notice a bus stop with several people waiting in front. The Flor del Valle buses stop there every ten minutes and load passengers to take them to the Ofelia terminal in Quito. From Ofelia terminal, cross the street and board the Metro, one of the city's express mass transit articulated buses. Get off the Metro at Seminario Mayor, and then walk down the hill and you'll be right in the heart of the Mariscal district.

Even though my legs were still sore, I arrived back in Quito all the more amazed that in the space of less than two days, I had seen and visited such radically different biodiversity, from big cities to mountaintops, cool green valleys to hot and dry páramo, and along the way seen as many different local subcultures of Ecuador’s incredibly dense Sierra.

Kali Kucera is President of AndesTransit and also known as "the bus guy" for his adventures across South America by bus. He is the co-author of "South America Borders" and "365 Days of South American Festivals." 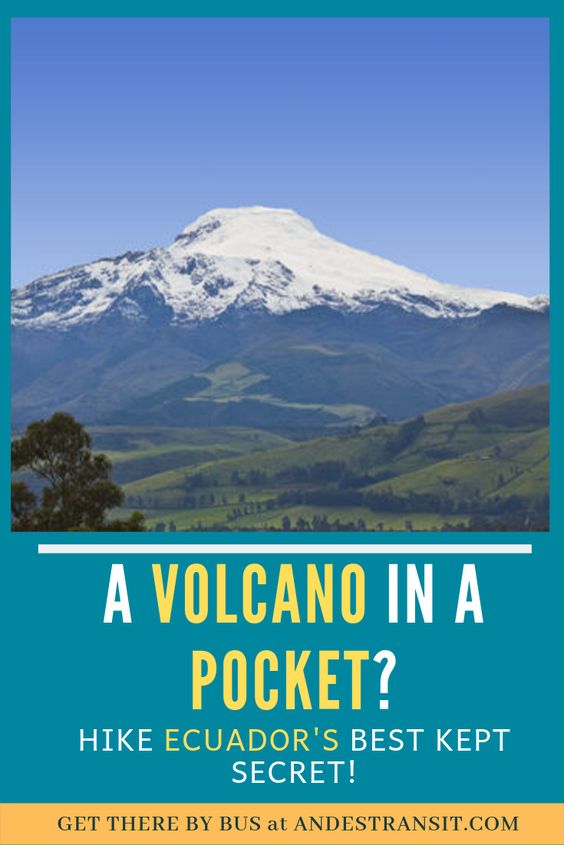