Coca | The Ecuadorian Gate to the Amazon in 2020

Coca has got attitude!

My recent trip to Coca, Ecuador brought my attention to how rapidly the city is becoming hip and cool, and they know it!

Getting to Coca by bus was not complicated at all, which is good as you want to focus on exploring Ecuador and the adventure destinations it can offer. Getting from Lago Agrio to Coca takes only 2 hours with different departures every day. Getting from Quito to Coca by bus is also a good idea to start the exploratory trip into the Ecuadorian Jungle.

The town is getting the feel of becoming the Baños of the jungle (Baños, the independent traveler's haven in the cloud forest of central Ecuador).

Some history about Coca

Coca's beginnings as a human settlement date from the pre-Inca ages. It was known for its cinnamon and small cash-crop plantations.

The other resource was gold! Shiny treasures got the attention of hundreds of Spanish explorers that arrived with fleets of men to discover what this land had to offer. 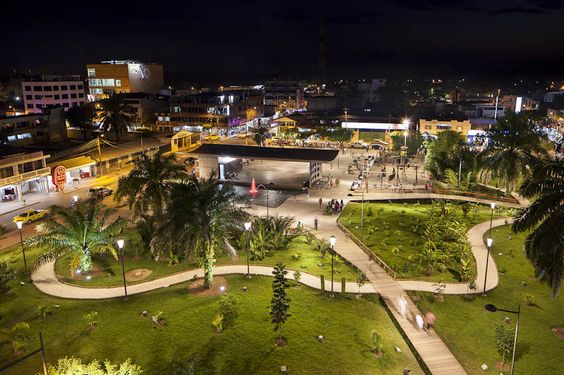 In 1538, Gonzalo Diaz de Pineda was the first explorer that arrived in these lands (and rivers!) looking for the infamous city of El Dorado. A few years later, Francisco Pizarro, another Spanish conqueror arrived by following its main rivers, the Napo and Coca.  These rivers eventually led him to discover the Amazon River, and that fluvial connection is still utilized by locals and foreigners to go deeper into the jungle.

Years later, with the boom of oil extraction, Coca Ecuador grew rapidly, attracting adventurous explorers in the quest of the "black gold" and all the business that surrounds this industry. It is a similar story with other small towns in the jungle of the Amazon region, like Lago Agrio (Nueva Loja).

Coca: a modern town in the Jungle

Long gone are those days where people were just arriving for the treasures hidden in this city, and indeed, the city has come a long way. There's a new boardwalk along the river, several sporty bars and restaurants, a multiplex cinema (I think the only town in the jungle to boast one) on top of a building that towers over the river Napo and gives you a commanding view of the jungle, and a new, very stylish archaeological museum.

I also don't know of a city nearby where on many side streets outside the tourist groove you can still find several cultural and art galleries, but all without the town really looking anything close to nouveau riche. It's still got that brotherly vibe with other Oriente towns: scrappy, hustling, and hot.

How did I get there? By bus! As I walked down the highway from the bus station to the town center, construction workers were tearing up block after block and re-plumbing the houses on top. These are sure signs of a frenzied boom of renewal going on to propel the city into its next era as if they fear to lose the chance if they don't do it all right now.

There were a couple of downsides. The reason I was walking was one of them. The bus terminal is a loooong way away from the center, second only to Quito bus terminal distance from downtown Quito. So, you can't just casually walk from the bus to town. In fact, the police gave me a hard line of questioning as to why I was trying to do walk the distance to town and not be a normal tourist taking a taxi. I told the officer the truth, that I just didn't know it was such a long way, and I did relent and flagged down a yellow. But in truth, I wanted to punch him in the nose for being an a**hole.

Also, hotels here are sadly three to four times more expensive than found elsewhere in Ecuador. Some cheap options can be found near the bus terminal, however, as I said earlier, the bus hub is at a decent walking distance from the city town (where the port and other attractions are found). You can also use a taxi to commute, and just negotiate with the driver if you are planning several trips to the city while you explore the area.

Explore Coca by water and boats!

During high season, apart from more buses from Quito to Coca, most people use Coca as the departure point to one of the most popular activities, sailing on the Napo River. Traveling from Quito to Coca is a 6 hours trip that can take you to one of the rivers that connect with the Amazon River. This activity is very popular among national and foreign visitors who usually arrive to visit nearby indigenous communities. Not far from Coca, you can also embark on the journey to visit Yasuni, one of the largest reservoirs of fauna and flora in the world.

As most travelers coming to Coca are just using it as their point of disembarkation for the deep jungle upriver, a lot of fun activities are related to day-trips in shared boats. Some options may be visiting Isla de Monos (Island of Monkeys), a piece of land composed of sediment from the river. Another option is to visit community tourism projects like the Jumandy, an indigenous community that offers tours to experience a "limpia" (an ancestral ritual that aims to cleanse the body and spirit).

Get to Peru? The wet road to the border

As I was digging more information about what to do in town, some people told me that there's also the opportunity of going all the way to Peru! The border with Peru is around 18 hours away by boat, but going there is not as complicated as it sounds. Boats from Coca to Nuevo Rocafuerte run twice a week, and they are not that pretty, but comfortable enough to go to the border. This service is popular among locals who want to go to the border to do business with Peruvians.

But past Nuevo Rocafuerte, there's more!

Coca also connects to Iquitos, in Peru, the gem of the Peruvian Amazon. Many stories are told about this route of a life-changing journey, and I can recommend it to those who are willing to go deeper into the jungle for three days and explore exotic animals and impressive sunsets. This service departs only once a week, and departures are usually arranged ahead of time, so I'd recommend booking your trip here.

Once your trip is confirmed, make sure you get some canned food (tuna, beans or soup) as the service does not include meals.  While the boat strategically stops at some riverside communities, those are not good ideas for weaker stomachs because the means of cooking are often unsanitary. At night, the sailor tells you where to stay (usually cheap hostels to just spend the night).

Land journey: buses from Coca to nearby cities

Coca is not just about the river and long journeys on water. For bus travelers, a good side attraction is to take a short day trip from Coca to Limoncocha, where they have a more rustic home-grown cultural and artifact museum that feels more authentic than city museums. Along the way, you'll go through Shushufindi, the heart of Ecuador´s oil fields, and witness the extent to which the government is investing in pulling crude from the ground.

There are various routes to and from Coca to meet the demands of different itineraries. While I came into Coca from the north through Lago Agrio and Sachas, another route that cuts more directly through the jungle is through Loreto. If you're coming from the South, like Guayaquil or Cuenca, you probably want the buses that cut over through Baños to Puyo, and then Puyo to Coca (through Loreto).

Kali Kucera is President of AndesTransit and also known as "the bus guy" for his adventures across South America by bus. He is co-author of "South America Borders" and "365 Days of South American Festivals." 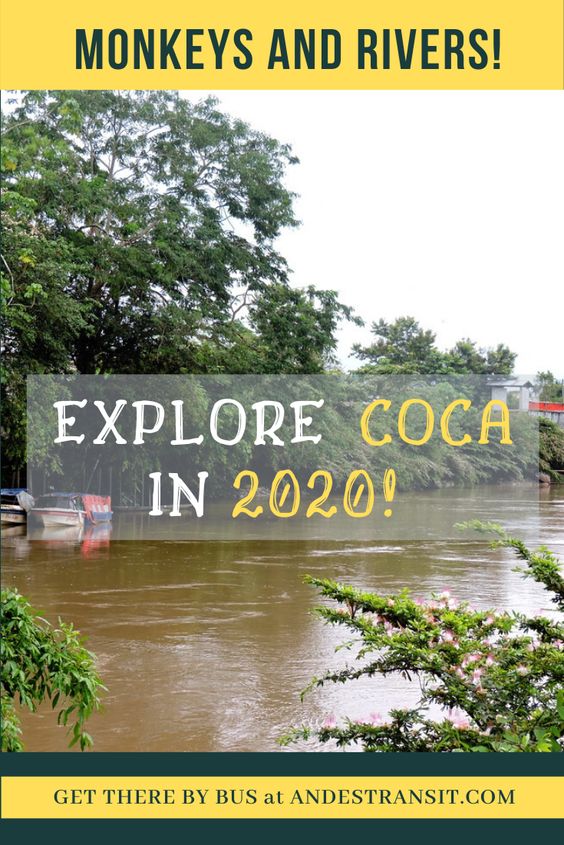