Dragon's Blood | The miraculous healer of the Ecuadorian Jungle

By far, the majority of travelers to Ecuador come to visit the Galapagos. The majority of the minority come to see the Andes and Ecuador's "Avenue of the Volcanoes." But very few ventures out east to El Oriente, the large Amazonian basin that constitutes more than half of Ecuador's landmass. This land has been known for oil extraction, undiscovered indigenous communities, and exotic animals.

However, exploring the jungle has a lot to offer, and definitely for half the price than visiting other popular destinations in Ecuador. These extra benefits include the fact you can even continue your trip by boat to other great destinations like the Amazon. Read my blog on how to get to the greatest and longest river in South America! 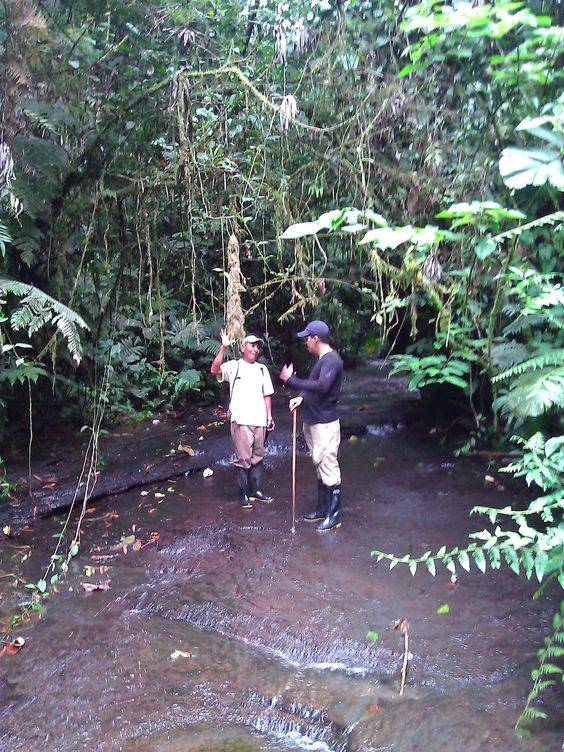 My journey in the Jungle

El Oriente is a paradise for bird watching, cave spelunking, and seeing some of the last virgin rainforests left on earth. And luckily, you don't have to travel that far into it to get your fill!

I wasn't looking for a dragon's blood. I didn't even know I was on its trail. I was just looking for a relatively easy and affordable way to see the eastern side of Ecuador for the weekend.

That's when a friend tipped me onto Cotundo, a 4 1/2 hour bus ride from Quito.

Cotundo: a town in the middle of nowhere

Tucked into the cloud forest, Cotundo is one of those towns you have to let the bus driver know to stop at, otherwise, he'll zoom right past it. Apparently, the new infrastructure for redirecting the nearby river into a canal passing through the center of town was started before government funds could adequately pay for it, a situation not so uncommon here. The unpaved roads wind everywhere like spaghetti, surrounding an oddly abundant number of amateur soccer fields, a passionate pastime here in the forest communities.

You have to walk in from the highway down the dirt road into town, but our host at the nearby Huasquila Lodge was gracious enough to come and get us with her truck. We were treated to a fabulous warm zucchini salad and a relaxing drink, and then immediately were sat down to go over options for getting out of the lodge and into the forest where a myriad of magic was waiting to tantalize us.

The trail to the encounter with the Dragon!

The next morning we donned the always necessary rubber boots, because mud is the one thing always predictable about the jungle, and met our guide José, who without really going far or high, would lead us on to three hours of wonder through virgin rainforest. Of course, he always stayed several steps ahead of us to overturn leaves that might be hiding a snake, and for good reason, as at one point, he uncovered the small but terribly venomous Shinshin and hacked it with his machete before it could react. 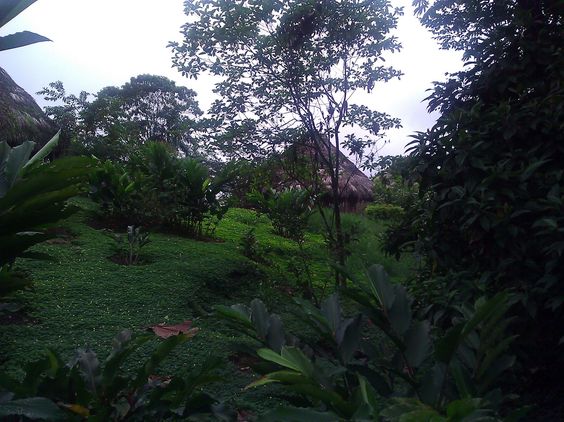 Along the trail, we were able to see naturally growing cacao plants (i.e, chocolate) and coffee, snack on small ants that taste like lemon, feast our eyes on the magnificent Huasquila vines after which the area is named, and even made a sturdy rope bracelet directly from deconstructing the leaf of an agave plant.

But the real apex of the trek through this moderately humid environment was when we approached an unassuming tree that in the Quechua language they call yawar wiki, or blood tree. José approached it, poked it with his machete, and to our amazement, it started bleeding...red blood. He let some of the gooey blood flow on to his fingers, then came over to me looking at my arms for a bruise or a sore. Not hard to find on me, as I'm always running into things or scraping my knee.

When he found a rather raw spot on my elbow, he rubbed it with the blood of the tree and smiled and said in his broken English, "good to go." He went on to explain the healing properties of this red tree resin, used locally for centuries kind of like a combination between a band-aid and a quick-acting Neosporin. It immediately foams into a white substance when it contacts your skin, then over the next couple of days heals the sore to a vanishing point. In Spanish, they call it Sangre de Drago, or blood of the dragon.

Visiting the enchanted lands of the "Dragon"

Another 30 minutes walking, we came to a beautiful waterfall spilling over the mouth to a cave. I was so enamored with the healing process on my elbow, that despite the growing humidity of the morning, I was willing to decline the opportunity to go for a refreshing dunk underneath the cascading silver stream. José assured me that Sangre de Drago has had eons of evolution to adapt and that it is resilient to water, so with that, I shucked my shirt and boots and showered myself in the cold refreshing falls. Not even the trip a day later to the famous Jumandy Caves, where you literally must swim through portions of serpentine tunnels, would perturb yawar wiki from continuing with its magic, and a few days later, the scab was completely gone, what would have taken over a week to heal with over-the-counter western medicine. 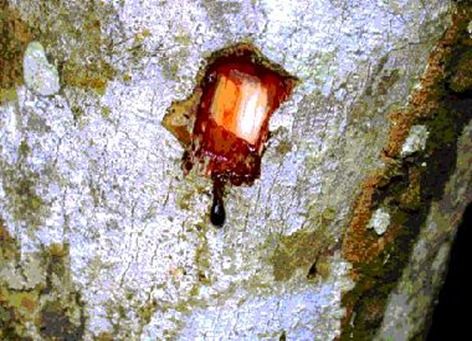 If looking for some other adventures, you can also visit Cavernas de Ceremonia which is a popular complex of caverns that hide endemic fauna and flora for a couple of dollars. If you go there, don't forget to take your flashlight and no flash pictures are allowed.

When I was back in Quito, describing how much I was impressed with Sangre de Drago, an Ecuadorian friend nodded her head and walked to the bathroom medicine cabinet to return with a little bottle of it with a handwritten label. The substance is commonly sold in small quantities at local outdoor markets by folks from the countryside, usually, indigenous families who bring various types of fruit and medicinal plants with them to market for sale.

So you see, Dragons don't have to be all that scary. Sometimes they can be your most soothing friend.

Search AndesTransit to get to Cotundo from wherever you're coming from in Ecuador.

It is between Baeza and Tena, but closer to Tena. If you are coming from Quito, I don't recommend the many options that will take you all the way down to Puyo first, that's way too far. Instead, route yourself through Baeza, then south towards Tena. You can also continue your trip from Tena to Coca or to Banos, or even go back to Quito if you want to connect with other major cities in the Highlands or the coast

Furthermore, if you're coming from central or northern Quito, instead of going all the way to the southern edge of the city where the big terminal is, I highly recommend just taking a cab through the Guayasamin tunnel to Cumbaya and wait at the bus stop in front of the SuperMaxi, making sure you're on the eastbound side of the street. Wait there for any bus on its way to Tena and you'll save yourself about an hour's worth of travel time.

>Kali Kucera is President of AndesTransit and also known as "the bus guy" for his adventures across South America by bus. He is co-author of "South America Borders" and "365 Days of South American Festivals". 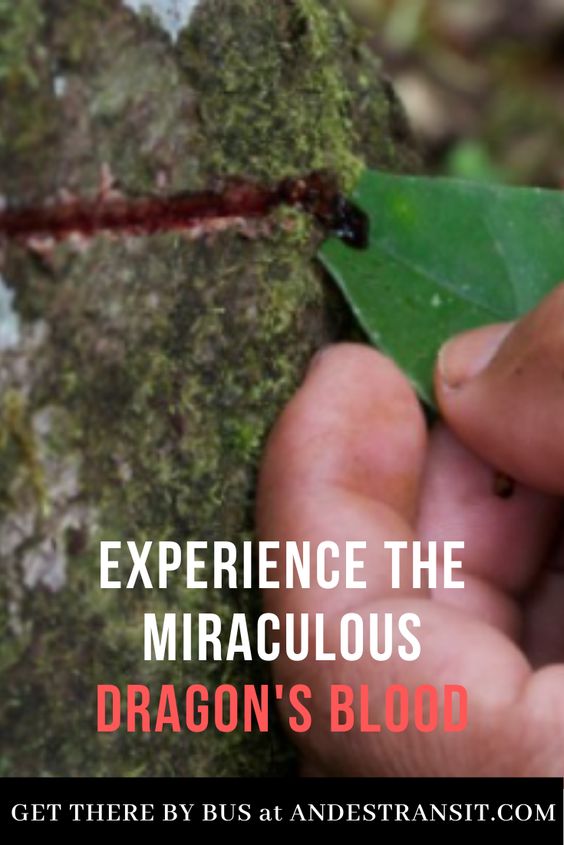