Tolu | The Best Beach town to visit in Colombia in 2020

"Huh?" I asked after my third or fourth trip to Cartagena. "Why is it I'm not seeing many Colombians come to visit this treasure of a town?" My friend from Medellín smirked, then talked out of the corner of her mouth. "Cartagena is too 'rico' for Colombians. We have our own playground out in the backyard." "What! Why didn't you tell me?" I fumed. I hate not knowing about the authentic local choices and instead of being left to be a clueless tourist, etc.

At first, she was taken aback, because frankly, she loves going to Cartagena. Who doesn't? But then after doing a mind-meld with my picky brain, she agreed to let me on to a place most the guide books pass by, and yet it's where most Colombians take their vacation!

She was being quite literal when she said it was in the backyard.  It's only a few hours south by bus, sitting on the Gulf of Morrosquillo, and is actually not one town but two that kind of blend into each other.  The larger of the two is called Tolú and the smaller Coveñas, so most of the time Colombians just refer to "it" as Tolú-Coveñas.

What we're talking about here is a sublime beach, folks, but this is not for surfer types.  Tolú-Coveñas is for those like me who love lazy waves, a variety of natural swimming coves, beach walks that won't get you lost, and of course ... too many choices for eating. All while still retaining the feel of a small town. Among the popular beaches, you can visit Pablo Blanco Beach and Puerto Viejo. (Read more about these 2 options here).

Now, I'm a little neurotic about making reservations in advance and doing it online, because that story about there being no room in the inn in Bethlehem for Mary and her baby just has terrified me since I was a kid. I know, I know, I should get over it. But I went online and the number of inns with a web address in Tolú was paltry, so of course, that means there is a paltry number of accommodations in Tolú, right? Wrong!

Where can I stay? There are scads of hotels that line the town shore all the way to Coveñas, and then more on the back streets, all painted charming colors they're like bling, you just need to choose the color that suits your temperament. Granted, the one I chose that had the online address was savvy for doing that, but it wasn't necessary. If you come during the week, the vast majority of these inns are either empty or underbooked and so you just need to pick one and ask to see the room. To keep you from choosing another, they'll probably even come down on their rate.

Going farther down the road (or the shoreline, take your pick) towards Coveñas, the accommodations get more upscale and roomy and tend to be interested more in long-term rentals, just for those who want to come here to write their novel. Coveñas itself is a serene little village on the beach living under the shadow of a Colombian military base nestled in the trees, so if you're looking for a more isolated experience like I said to write that book, or if you just want to see fewer people, this would be the place. However, there are really no restaurants or nightlife in Coveñas, so you would need to take a bus 25 minutes back up the road to Tolú to get your kicks.

So if you're going for that scene from Romancing the Stone where Michael Douglas and Kathleen Turner dance the night away in the streets to vallenato, the better choice would be Tolú. It's full of options to eat and sleep, has a party atmosphere while not being a big bad city you can get into too much trouble or get lost, and the beaches and sunsets are your very own.

Many also come to Tolú as the point from which to embark on the ten islands of San Bernardo, about an hour offshore. Visits to the islands are, you might say, a less touristed alternative to the Rosario Islands venture offshore from Cartagena, but just as satisfying, and you can easily see all the islands in a day trip. Especially worth it for me was Isla Islote, a tiny island happily packed with 1,000 people out in the middle of the ocean, who obviously love it like that and cohabitate without wars, 401Ks, rush hour traffic, or any of the other maladies of mainland existence.

But one of the best things I loved about Tolú was not a single monument or museum or destination point. It was something more beautiful being made out of the mundane. Between Tolú and Coveñas, there is constant stimulation in both nature and art. A Natural Art Gallery hidden in Tolu's Beach: a must-visit

As you walk along the shore, on one side you witness how the ocean has been playing fashion designer in its own way, carving out a variety of gorgeous little pools and coves that beg for you to try each one of them on for size, jump in and swim around, and then go compare it the next. They have this sweet and inviting quality, unlike the broad and wide crashing waves of other beaches that can be more intimidating. This is more like taking a bath in the ocean in a zillion of naturally made tubs.

On the other side, you're in for a different kind of accessorizing. Strung along the beach are evidence of the pride and pleasure residents take in their bungalows by the sea. Various people take the liberty to try out vibrant colors of paint to work with the tropical ambiance and do all kinds of artisanal garden and patio work to a point of obvious competition of creative talent. When I encountered this planter surrounded by meticulously placed rings of matching pink snail shells (pictured here), I simply had to fall to my knees and worship. It was better than anything I could see in a museum, and it was right there next to sand and sea, just waiting for me to stroll up to in my sun-kissed flip-flops.

Local cuisine: seafood and other delicacies

I don't get into recommending particular places to eat, because food is too complicated a pleasure for me to judge for others. Certainly, in Tolú, it's hard to go wrong anywhere. Every establishment in town specializes in maritime gastronomy, making the simplest dishes and ceviches to showcase the raw sumptuousness coming straight out of the water across the boardwalk. Squirt a little fresh lime across your fish and patacones, and what more can you ask for than that! Eat, drink and be merry!

Where next? Try nearby Mompox

There's the option of going directly to Cartagena by bus, a good 3 hours ride across Colombia's tropical landscape. If you have a little extra time and can triangulate your way back to Cartagena instead of retreading your steps, tune in to my article on the magic of Mompox, the backwater swamp fortress for the rich and powerful of Cartagena's old days. It's a fascinatingly beautiful and intriguing island plantation you can reach easier once you've made it as far as Tolú and then come back north on an inland route to Cartagena again.

Emilie Velastegui is a travel writer and researcher. When not traveling and writing, she helps mostly foreign universities coordinate field research in biology and social studies. She also frequently heads off to Eastern Ecuador, Peru, and Brazil, where she says "the snakes are radically cool." 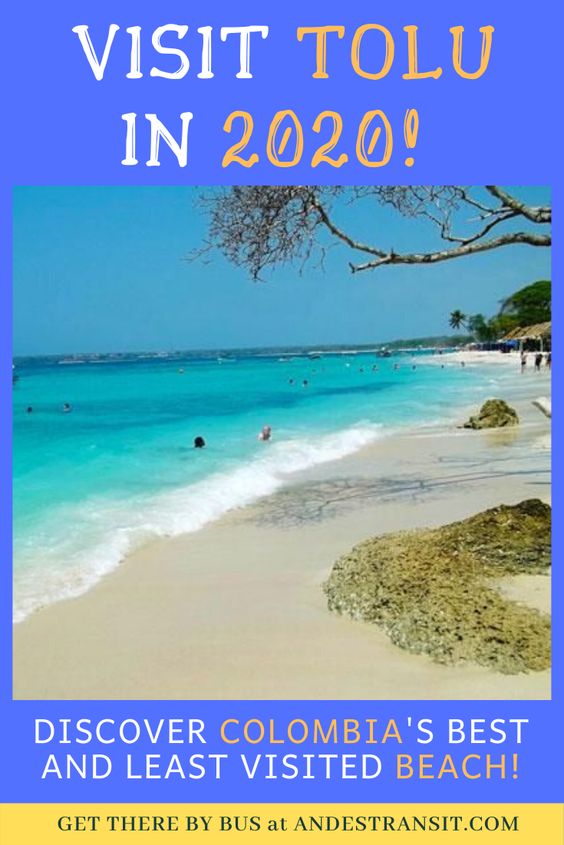